Over the past 15 weeks our Hometown Heroes campaign has celebrated those people going above and beyond for others in their communities across RCT, during challenging times.

This week, as the campaign comes to an end, we have created a round up of all the heroes who have been nominated that we are yet to feature. We want to say a huge thank you to your heroes for their contribution towards making RCT a great place to live and work:

Danny was nominated by Myfanwy O’Shea and Tarah Cooke for all the support he provided to those living in Tonyrefail during lockdown. Danny was taking daily trips to local chemists and stores to collect medication and essential supplies for all residents, including the elderly and vulnerable. Along with this, he arranged large amounts of monetary donations for local food banks and was out litter picking to keep Ton looking tidy. Danny organised and set up a community contact group and provided help and support to individuals in his community. “Nothing was too much trouble; he was more than happy to help.”

Wayne was nominated by Jeremy Cowell for his support in providing food parcels to children in Tonyrefail. Wayne is the chairman of the local football club and through this, he organised a different member to help every weekday with delivering food parcels to the children who are usually entitled to free school meals. Helping families who were struggling and ensuring children had a lunch to eat each day. 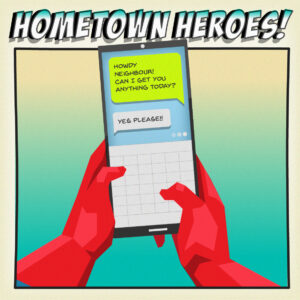 Michelle was nominated by her neighbour, Steve Dudley, for the help and support she provided him throughout lockdown. Michelle was phoning daily to check in on Steve, despite her having a son who requires a lot of attention and working as a carer in sheltered housing. Michelle was also encouraging Steve to write a shopping list of items, that she would collect and deliver to the front door of his home. Steve said: “I’m 71 and would not have been able to get through lockdown without the help and support that I’ve received from Michelle, she’s a hero!”

Tisha was nominated by Carly Pothecary for going above and beyond for the children from the school she works at. Carly said: “Tisha is a teaching assistant and from the day that the schools had to close, she was hand delivering learning packs to the homes of children from her school. Despite not being able to drive, Tisha would ensure she would deliver the packs to the children, so they did not fall behind on their learning.”

To add to this, Tisha was also shopping and collecting prescriptions for vulnerable people who live in her area.

Michael was nominated by Leeann Ball for his work in supporting the NHS and key workers. Michael was working with a group of volunteers, organising and making scrub bags for the NHS and care homes and donating them for free to be used. The scrub bags were created for keyworkers to place their contaminated uniforms into to be brought home to wash, reducing the spread of the virus during the peak. Michael and his team of volunteers donated and distributed the free scrub bags to many people across South Wales. 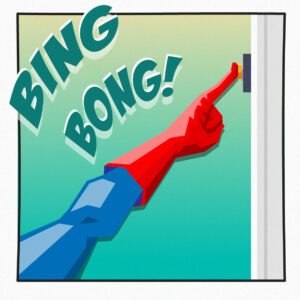 Steve and Michaela were nominated by Julie Cowley for supporting her and her family, whilst they were shielding. Steve and Michaela were helping by walking Julie’s dogs daily, going shopping on her behalf and delivering it to her door. Julie wanted to show her personal appreciation for these two heroes, “…for the support they provided in a time of need.”

Amy was nominated by Jess Date for being a hard working key worker. Amy is a nurse in Bridgend hospital who works so hard and was on the frontline during the peak of the outbreak. Jess nominated Amy because of how hard she was working and wanted to show her some much deserved praise for being a real hero.

Scott was nominated by Mandy Howells and Emma Jones for the support he was providing people living in Treherbert throughout lockdown. Scott offered his support to anyone who couldn’t go shopping due to shielding in the first few weeks of lockdown. Scott was placed on furlough so took the time to volunteer his time at Canolfan Pentre to distribute packs to the vulnerable and elderly residents, living at the top of the valley. Scott also provided entertainment by holding a live quiz on Facebook. Over 400 people were taking part every Saturday and Wednesday and he even included a fancy dress competition to add to the fun. Mandy said: “Scott really brought his community together, from far and wide, showing a real community spirit in Treherbert.” 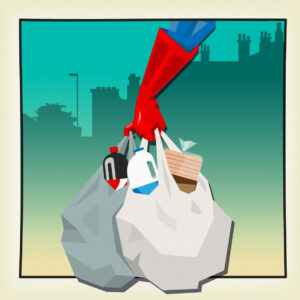 Kirsty and Matthew Davies from Ystrad

Ruth, Katie, Molly and the Little Ferns Team were nominated by Nikki Beach for providing emergency childcare in the most challenging times. Ruth worked closely with her colleagues, Katie and Molly, to lead a team of childcare practitioners to provide emergency childcare throughout lockdown. The Little Ferns team have worked hard to adapt their service to meet the Welsh Government guidelines ensuring all staff, parents, babies and young children are cared for with good hygiene and safety measures in place. The dedicated team have gone above and beyond for their community’s families, who would be unable to do their own jobs during the pandemic without the childcare service.  Nikki said: “A huge thank you and well done to the amazing team; Ruth, Charlotte W, Charlotte S, Michelle, Natalie O, Katie, Natalie R, Melissa, Lauri, Molly, Christine, Molly & Carys. Your support, dedication and quality standards have been fundamental!”

Gary was nominated by Sarah Davies for providing entertainment during lockdown, including regular bingo nights for his neighbours in Beddau. Sarah wanted to show her appreciation for Gary for his efforts to lift the spirits of his neighbours in a time of need.

We would like to say a big thank you to everyone that took the time to nominate their hero and an even bigger thank you goes to the heroes for all the amazing things they have been doing. It’s been uplifting to celebrate all the heroes living amongst us and provide them with the recognition they deserve by sharing their stories.

To read all the stories of our Hometown Heroes, visit the Hall of Fame, here.