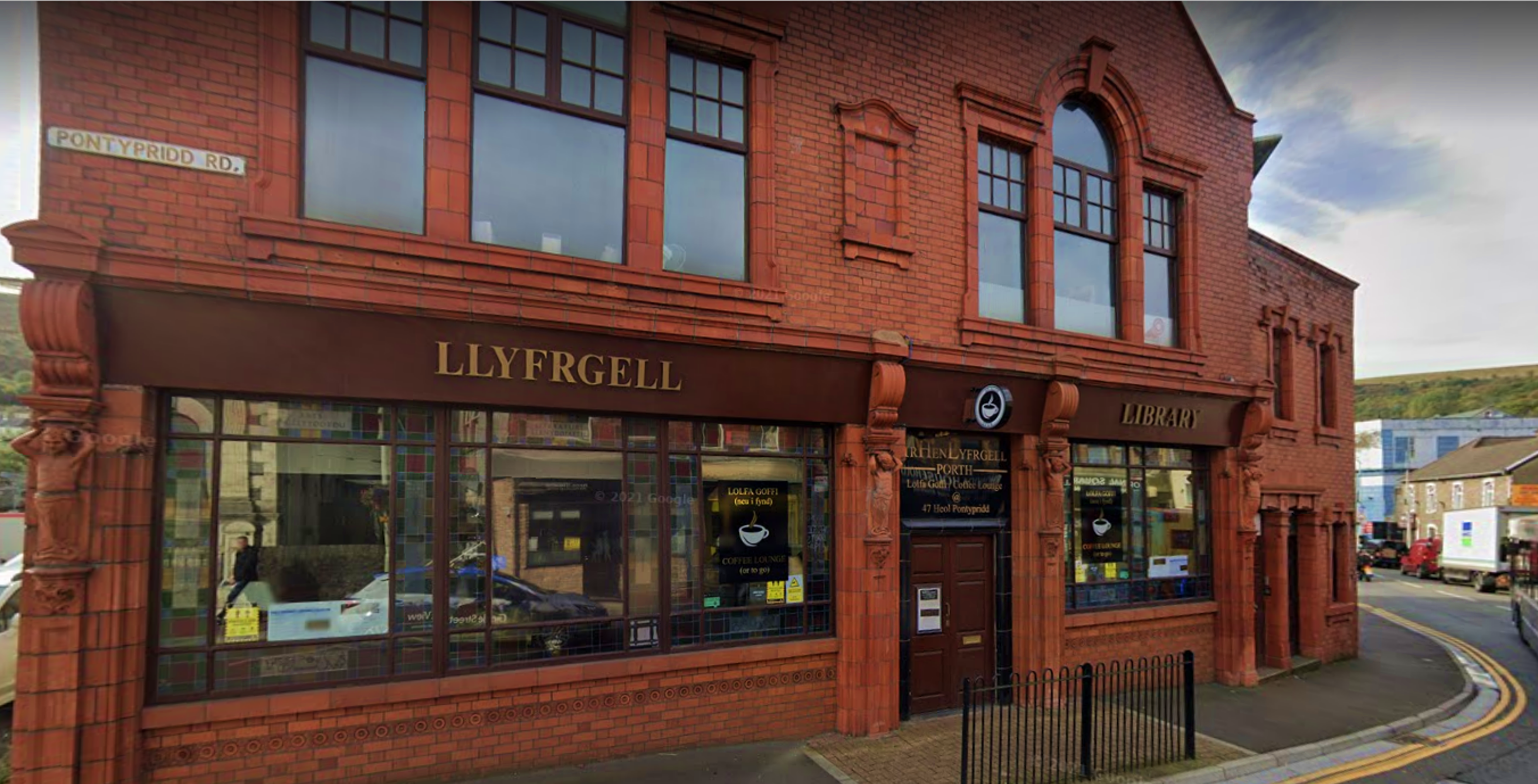 Lolfa Goffi (The Coffee Lounge) in Yr Hen Llyfrgell (The Old Library) Porth is becoming a popular destination for locals in the area seeking to learn Welsh. A Welsh learner’s group ‘Chat Cymraeg’ has been going from strength to strength since the group was first established in October 2021. Anyone is welcome to attend the group and the lessons are free of charge. The group takes place between 10:30 am – 12:00 pm every Friday. 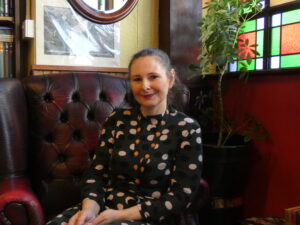 Teleri Jones, owner of Lolfa Goffi, explained how the idea for the group came about: “We opened in 2019 and because everything is bilingual people were coming in to ask for Welsh lessons, I started collecting names of the people interested and I had about 12 or 13 names… then Covid hit and after Covid I thought well I’m going to have to start my own group.”

“So, I contacted all the people on my list… we started with about six people I think and there’s about thirteen now, so it worked out really well to be honest and all of the ones that started at the beginning are still here which proves that they enjoy it.”

The Chat Cymraeg group would not have been possible without the help of Menter laith, an organisation that promotes and co-ordinates maintaining Welsh language services in RCT, reaching out to Trivallis in 2021, to apply for the Trivallis Community Investment Fund. The fund is managed and promoted by independent charity Community Foundation Wales and is set up to provide support to groups and projects in its local communities.

Lolfa Goffi was approved for a £1,000 fast track grant to aid in the advertising of Welsh speaking group Chat Cymraeg and the funding of the group session leader, Gari Bevan who won Welsh Learner of the Year at the 2015 Eisteddfod. Teleri added the funding from Trivallis had helped “get it off the ground because without that it wouldn’t have been possible”. 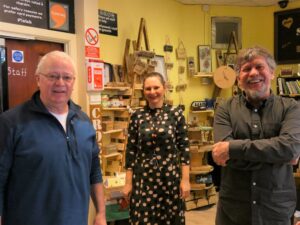 Gari Bevan, who leads in teaching the group sessions, described why he was interested in getting involved: “I had just retired, and I thought it was the ideal opportunity to really give something back to the language… it’s a way of learning Welsh with no pressure.” Gari added “We’ve raised interest in the language in this area… it was a gap to be filled”.

The group consists of local people with varying levels of understanding and speaking Welsh, the sessions are split into two groups to accommodate the need for more advanced Welsh and those who are still beginners in the language. Gari noted that learning a new language outside of school is not easy, stating “these are the people who are working hard to try and learn, so all our respect should go to these people, we should be proud.”

Gaynor Harvey, a regular Chat Cymraeg attendee, spoke about the impact the class has had on her: “it’s made quite a big difference to me I’ve come since it started in October, it’s given me more confidence not just with the Welsh, but with mixing with other people as well”.

Before joining the Chat Cymraeg group Gaynor could speak ‘the odd silly sentence’ in Welsh but since joining explained “I’ve learnt a lot more, I’ve got a grandson who is fluent Welsh speaking, so I’ve always wanted to learn more Welsh, I never had the chance until this started locally.”

Gaynor added she is now able to speak Welsh with her grandson “sometimes I’ll send him a message in Welsh and then three days later I might get a reply” she joked. “It does help here because if we get it wrong, we just laugh and you don’t feel so bad, you don’t feel so stupid… I really enjoy coming.” 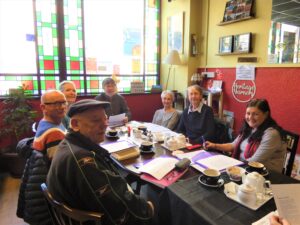 Advanced class attendees Judith and her husband Fred also joined the group so they would be able to speak Welsh with their young grandson. Thanks to Chat Cymraeg and the wonderful lessons put on by Gari they are now able to teach their grandson colours, numbers and simple phrases in Welsh.

Judith added: “it’s nice to come out, we’ve met new friends here, I also feel now that when we come, we’re putting something back into the community, into the café, as well as giving us these lessons”.

Trivallis Partnerships Officer Lisa Roberts said: “visiting Chat Cymraeg at Lolfa Goffi today reinforces the need for and importance of the Trivallis Community Investment Fund. If we weren’t able to offer funding to local community projects, Chat Cymraeg wouldn’t exist and the lovely people we’ve met today wouldn’t have had the opportunity to learn their native language. The effort and dedication Teleri, Gari and the other volunteers provide this group with is amazing and it’s local people like this that breathe life back into the community.”

The visit to Lolfa Goffi was not only enjoyable but also insightful as it’s great to see the difference that Trivallis funding has made in local communities around RCT.

To find out more about the Community Investment Fund and how it works, follow this link to our webpage. For more information on how you may be eligible for this funding, please visit Community Foundation Wales.